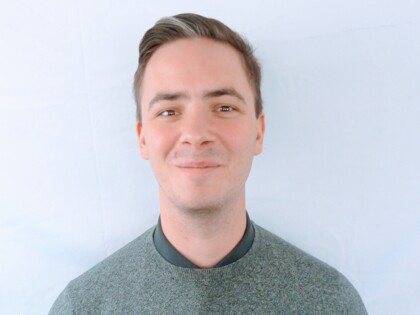 "What have your students taught you?"

Before beginning my career in education, I had assumed that students followed instructions because the instructions were given by adults. That’s what I had done at school. However, upon starting my training we were consistently told that the path to good behaviour in the classroom was to build relationships. My initial thoughts were that I agreed but that it only applied to building rapport in order to enjoy teaching when your students were behaving well and never as a way of limiting ‘bad behaviour’. Essentially, relationships were something you built so that you could have fun with your students and tell jokes, but they weren’t a way to stop them speaking over you in the middle of History.

When I started the year, there were a great deal of students which this idea was applicable to. They followed instructions because that’s what they were meant to. That was great. They did their work, and I could get through my lessons. Until I couldn’t. Until the behaviour of those students that didn’t just follow instructions because they were meant to became unmanageable. After some time of trying to will my way through lessons it became apparent that something needed to change.

My mentor and I changed our approach entirely. The discipline was still there, actions had consequences, certain behaviours were not tolerated. But if the students behaved well, we had a one-minute dance party. If they behaved well for a series of lessons, the reward was greater. We focussed on making sure the students knew and felt what it was like to be successful. After a period, we didn’t need the dance parties or the rewards. Around this time, I found myself feeling more comfortable with the students and my teaching style became more laid back. More importantly, being laid back, making the odd joke and including the students’ interests in my teaching was managing the behaviour without me needing to.

We still have the dance parties, my mentor and I have started introducing our students to some UK garage (showing our age), but it’s no longer used as a motivator. The students want to succeed, and to show us their success. That is the motivator and that is what the students have taught me.

October 2022"How did you prepare for your first week?"

When it comes to the first few weeks of training, if there is anything more important than being prepared, I sure would have liked to have known! As clichéd as it might sound, schools are places where no day is the same and the day you had pictured in your head the night before often ends up being something completely different. Having previously worked as a teaching assistant I knew there was only one way to combat this potential upheaval, be prepared and be organised!

Over the summer, our cohort was invited to a summer school to prepare us for the year ahead. It helped me to learn about curriculum and how to manage behaviour in those first few weeks and going back through the notes from that week was incredibly useful. I did this alongside some recommended summer reading. Whilst I’m more of a believer in learning hands on rather than just theory, until I was able to get that experience, there was nothing to do but read. It felt like a little extra preparation with no downside.

Armed with experience as a teaching assistant, summer school and some reading I felt reasonably prepared for the initial day to day work. I had a timetable, a time I was going to try and leave at every day, and a list of things that I needed to do. Mostly, that was enough but, as I mentioned, life in schools isn’t always what I thought it would be. On the days when things didn’t go as smoothly as I would have liked, or when I was called to go on a trip at short notice, I had at the very least some experience, both practical and theoretical.

Most people have a list of things that they need to feel comfortable about and hopefully succeed at. Whilst mine isn’t particularly revolutionary I did find everything useful. I’ve collected things since that I couldn’t do without, but in those first weeks this was it: Water bottle, comfortable shoes, coffee thermos and of course stationary! It’s all straightforward but a dehydrated, achy, tired teacher with a pen that won’t work is not a happy teacher!

Finally, a piece of advice for anyone reading. The weekend before your first day, do something for you. Get a haircut, a massage, go to your favourite restaurant or go to the theatre. And then get a good night’s sleep!